Constituent Service is one of the overlooked duties of an elected official.  The most important part of being a ‘public servant’ is to be available to your constituents. I strongly believe that as an elected official I have a responsibility to provide all residents within my district, regardless of political affiliation, efficient, timely and courteous responses to their inquiries.  I will go one step further and say that, ‘it is your right’ to ask for and receive assistance regarding your concerns. The 129th District, which I was elected to serve, consists of the City of Syracuse, the Town of Geddes including the Village of Solvay, and the Town of Van Buren, including part of the Village of Baldwinsville.  The total population of the District is 129,386, which is further broken down into 52,406 households.  As you can see, the 129th is very diverse with urban, suburban and rural issues affecting its residents. 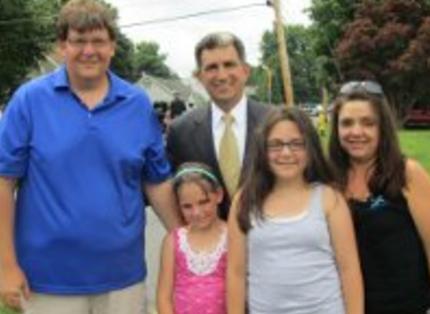 I have found that people will seek help if they truly believe that you are providing a service to and for them. That is why my office is designed and staffed to provide information, assistance and responsiveness.  Since 2011, my office has received over 5,000 constituent calls, letters and emails – and we have endeavored to attend to every one of them and logged in each for future reference.  I asked my Constituent Services Coordinator to share some memorable calls that he was able to assist with.  The first person was an older gentleman in the fall of 2012 who needed help getting title to his new car that he had purchased from a friend.  After a couple of unsuccessful trips to the DMV, he decided to come to our office for help.  We were able to contact DMV personnel, and what could have taken weeks to get done on his own, actually only took a day with our help.  This resulted in his new title being delivered two days later.  Needless to say, our constituent was grateful and sent a thank you note to my office.
Another constituent call involved a couple where the husband was in the process of
trying to get his unemployment benefits restored.  The wife had trouble getting in touch
with anyone at the Department of Labor and turned to my office for help with what she
described as “long term emergency benefits they depended on to survive”.  Our office
has a great working relationship with DOL staff and after our phone call, they contacted
the couple right away and advised them what they should do to resolve the matter.  Not
too long after the initial call, the wife called me to say that the benefits were restored
and that she and her husband were “very grateful”.
Being your public servant is an honor.  I am proud of my staff for their diligence and
competence in striving to handle your calls, letters and emails.  But in the end, I firmly
believe that receiving constituent service – Is Your Right! 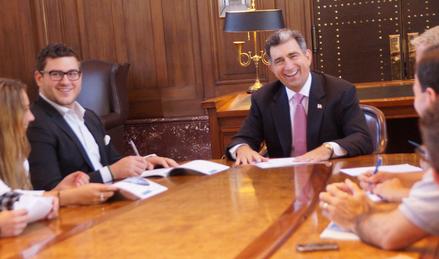 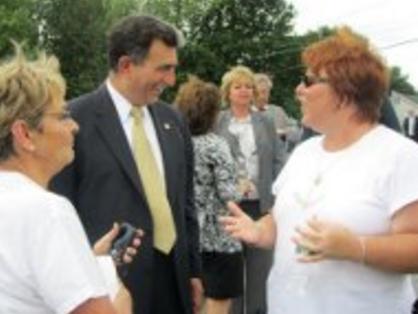 Most of the attention given to my job is focused on legislative duties, which require my presence in Albany from January through June. However, my district office is open daily, year-round, handling numerous constituent calls, and from July through December, I focus my time and attention as a hands-on legislator in the district, on engaging the many residents, businesses, organizations and institutions that make the 129th District vital to the overall success of our Central New York community.

The constituent calls we have received cover a multitude of issues from health, education, energy, women’s issues, business and economic development/jobs to workers compensation, veterans concerns, social security, senior issues, pensions and just about anything else that affects people’s everyday lives.