Some of Assemblyman Magnarelli’s most notable accomplishments include:

SCHOOLS
*In 2016, voted for $28.5 billion in School Aid, the highest amount ever.
*Took the lead in Albany to establish the “Say Yes to Education” program in the City of Syracuse.
*Sponsored the legislation that established the Syracuse Joint Schools Construction Board (JSCB) Phases I and II, which allows for the renovations of our city school facilities.
*Funded the Henninger High School and Corcoran High School sports fields.

VETERANS
*A staunch supporter of Veterans, Assemblyman Magnarelli reinvigorated the Annual Veterans Parade in Onondaga County after it had been all but forgotten. The parade is now the CNY Veterans Parade and Expo held annually at the NYS Fairgrounds and is attended by thousands of people throughout the CNY region.
*Passed legislation that helps veterans in need of mental health and/or substance abuse services.
*Supported legislation that allows all veterans that enter the NYS Pension system to receive pension credit for their military service.


Currently, Assemblyman Magnarelli serves as Chairman of the NYS Assembly’s Transportation Committee. This Committee is charged with the responsibility of reviewing legislation and overseeing the State’s management of all types of transportation systems within the State. As Chair, I am interested in developing and reviewing legislation covering a wide range of topics affecting the movement of people and goods throughout the State. The committee’s jurisdiction includes oversight and analysis of the Departments of Transportation (DOT) and Motor Vehicles (DMV), the Thruway Authority and various regional transportation authorities (such as CENTRO here in Central New York) and commissions. It is an extremely active committee; during the 2017-2018 term there were 773 bills referred to the committee.

Assemblyman Magnarelli also sits on the Ways and Means Committee, Economic Development Committee, the Education Committee, and the Steering and Oversight Committees of the NYS Assembly.

Growing up in Syracuse, Assemblyman Magnarelli attended Our Lady of Pompei School and St. John the Baptist Academy before going on to Syracuse University, where he majored in history. He then attended Syracuse University Law School, graduating with honors in 1973. Upon graduating, he entered the Army Reserves, serving for six years and rising to the rank of Captain.

Assemblyman Magnarelli was married for over 40 years to his wife Karen, a former city school teacher, who passed away in 2017. Together they raised their three children and have four grandchildren, Olivia, Nora, Ella and Wesley.

Assemblyman Bill Magnarelli represents the 129th Assembly District, which includes the Northside, Westside, Eastwood, Valley and Downtown areas of the City of Syracuse – Syracuse University Area, Outer Comstock, Eastwood - as well as the Town of Geddes, including the Village of Solvay, and the Town of Van Buren, including a portion of the Village of Baldwinsville. He first won election in 1998 for an open Assembly seat and was re-elected every two years through 2018.

During his terms in office, Assemblyman Magnarelli has focused his efforts on bringing more jobs to Central New York, lowering taxes, providing students a better education at every level, improving access to healthcare, keeping our families safe and supporting Veterans. 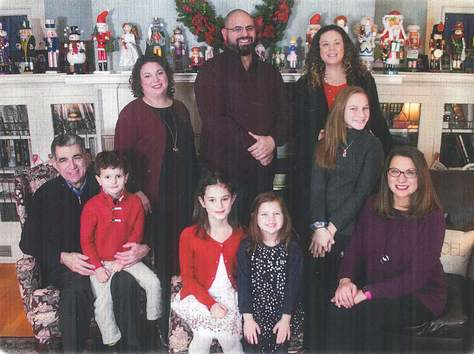