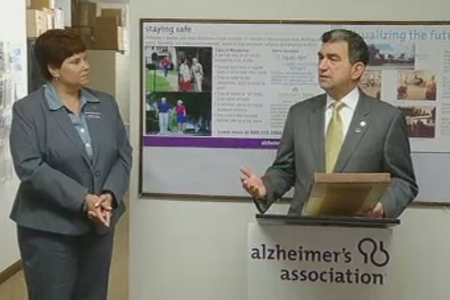 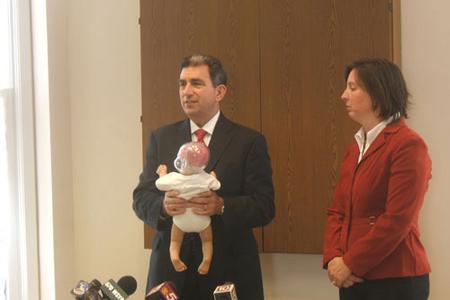 Assemblyman William B. Magnarelli and Julie Cecile, then executive director of the McMahon/Ryan Child Advocacy Site, demonstrate how a doll can help teach about the permanent and tragic consequences of Shaken Baby Syndrome. The doll from Realityworks uses lights to simulate brain damage or death from being violently shaken. Magnarelli is a vocal advocate of how education can help prevent Shaken Baby Syndrome. He has introduced three pieces of legislation that have become New York State law allowing for the showing of a video about the dangers of Shaken Baby Syndrome to new mothers, high school students and prison inmates.