Pension Buy-Back Credit for New York Veterans in State Service:              Assemblyman Magnarelli co-sponsored legislation that was signed into law in 2016 (Chapter 41 of 2016) that allows all military veterans in New York’s pension system to “buy-back” three years of credit in the pension system after five years of State service. Previously, this option was only available to certain combat veterans.

Assemblyman Magnarelli announced that a bi-partisan agreement has been reached by the Assembly, Senate and governor to implement the Service-Disabled Veteran-Owned Business Act. The act sets a 6-percent participation goal in the awarding of state contracts to service-disabled veteran-owned businesses. New York is home to more than 900,000 veterans, 72 percent of whom have served during periods of conflict. Approximately 88,000 New Yorkers served in Afghanistan or Iraq. Additionally, the state is home to approximately 30,000 active duty military personnel, as well as 30,000 National Guard and Reserve personnel. In addition, 1 in 7 veterans are self-employed or small-business owners.

Assemblyman Magnarelli said, “The beauty of this program is we’re spurring job creation while helping veterans and their families get ahead and honoring the sacrifice these brave men and women have made for our country and our state.” 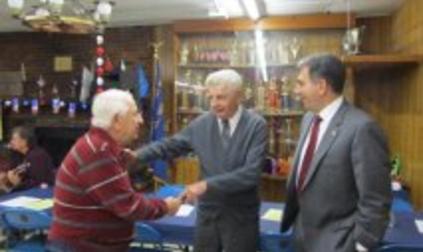 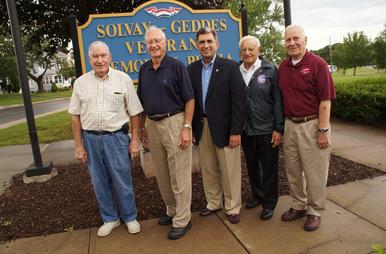 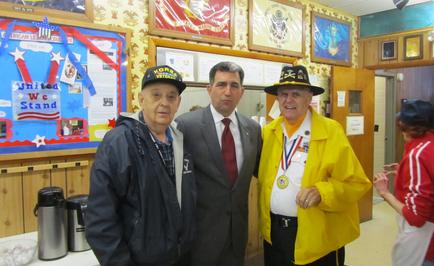 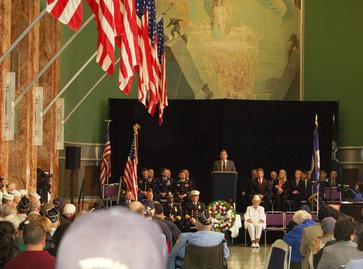 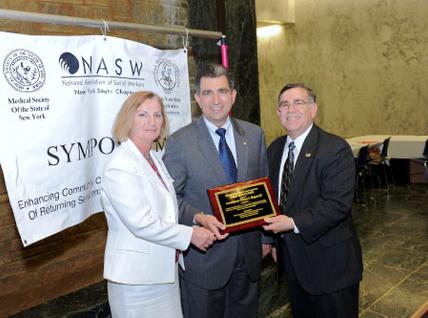 As a former Chair of the Assembly Veterans Committee, Assemblyman Magnarelli continues to support our Armed Forces. He reinvigorated the Annual Veterans Parade in Onondaga County in 2008, after it had been all but forgotten. He has built support for the parade, which now has thousands of spectators watching more than 100 organizations put on an hour and a half long parade filled with performances, music and local veterans from all conflicts since WWII.

Assemblyman Magnarelli continues to advocate in the Assembly for

veterans in need of mental health and/or substance abuse services. This bill

requires that the NYS Division of Veterans Affairs keep this information

available on its website. He also passed legislation that protects military

funerals from protestors, allowing localities to require permits for demonstrators,

expanding the buffer zone around services and ensuring violators are punished.

sponsored and passed legislation (A.8704) to honor our veterans by

designating “Here Rests in Honored Glory” as the State’s Official Hymn of Remembrance in Honor of all American Veterans. The hymn was composed by Onondaga County Community College Professor, Dr. Donald B. Miller in 1986. The hymn was inspired by the inscription on the Tomb of the Unknown Solider at Arlington National Cemetery. It has since been performed at countless veterans and military ceremonies across the world, including at the yearly commemoration of the D-Day landings in Normandy, France. It is also the “Official Hymn of Mourning” for two national veterans associations, the Paralyzed Veterans of American and the Veterans of the Vietnam War. “Here Rests in Honored Glory” is a fitting tribute to those that serve and have served our Nation. The legislation awaits action by the Governor.